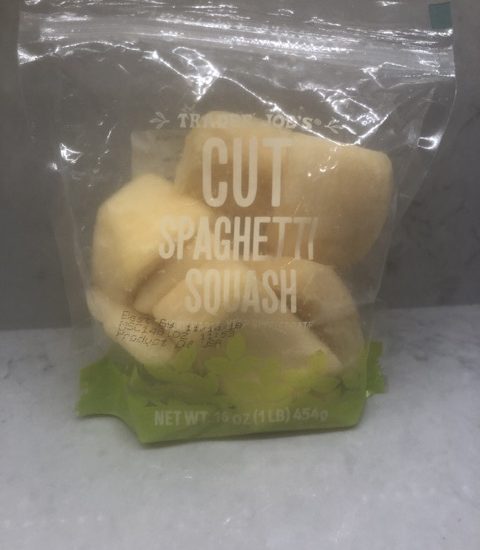 Spaghetti Squash is my favorite pasta alternative. However, it takes a solid hour for it to bake in the oven, there is no such thing as quick spaghetti squash. Thanks to Trader Joe’s Cut Spaghetti Squash there is a world where you can prep Spaghetti Squash in under 10 minutes. It caught my eye when I was at TJ’s the other day and I had to give this game changer a try. The bag suggests to pop the cut Spaghetti Squash pop it into the microwave for six minutes. However, you could also cook in a skillet or roast on its own. When you are trying to prep a quick and healthy meal after work, this is a true game changer.

Now that you can make quick Spaghetti Squash, what recipes will you be turning too more often? However, if you don’t have access to Trader Joe’s, here’s my favorite way to cook a whole squash.

Yummly
No comments yet

This site uses Akismet to reduce spam. Learn how your comment data is processed.

What People Are Saying